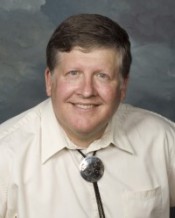 2010 continued to be another year of foreclosures and short sales. In 2010 55% of the single family sales in the Verde Valley were either foreclosed homes or short sales.

From all appearances this will continue to be the norm for 2011. As of this date, January 7, 2011, 32% of the single family listings in the Verde Valley are either foreclosed or short sale listings. Combine that with the continued filing of Notices of Trustees Sales (Foreclosure Notices) and the 40% or more reduction in median sales prices throughout the Verde Valley since the peak of the market and you have a recipe for more of 2010 in 2011.

For the Residential market there is quite a bit of good news: Numbers of transactions are up significantly in all areas of the Verde Valley:

Single Family inventory in the Verde Valley is down 30% since the peak in April 2009. So far with the large amount of foreclosed and short sale inventory on the market this reduction in inventory has not resulted in upward pressure on pricing, ultimately it will.

The reduction in median sales prices has slowed over the last 12 months in all areas of the Verde Valley:

The over million dollar marketplace in the Sedona area is still very lethargic with only 17 sales over $1,000,000 in 2010. What is does mean is that there was a significant amount of value to be scooped up by buyers in the $750,000 to $1,000,000 range with the significant price reductions that have been experienced over the last 2-3 years.

The light at the end of the tunnel for the vacant land market “may” be coming into view. The median sales price in the Sedona area fell less than 1% in the last 12 months, and the number of transactions are off just a little bit at 3%, so it does look like the free fall in the vacant land market has stopped. Land inventory is down also with 34% less vacant land listings available.

Bottom Line: Foreclosed and short sales will continue to have a major impact in the Sedona-Verde Valley market. Lower amounts of inventory means the best priced, nicest homes will move quickly. Keep your fingers crossed on interest rates, and lower unemployment, we need both of them to generate buyers and keep payments affordable.

For more information on Sedona and Verde Valley real estate simply fill out and submit the contact form below or as always just call me on my cell phone at 928-300-7141. I respect your privacy, any and all information provided is strictly confidential. I will not sell or share your personal information with any third party.