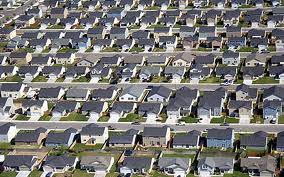 Sedona, AZ can take more cues from its ancestry to make the dwellings of the future more like the dwellings of its ancient past, at least in spirit. This will boost Sedona as a leader in sustainable architecture. Sedona has been very careful to avoid “McMansion Mania” and “Urban Sprawl”. But there is always room to raise the bar, so how can we build tomorrow’s Sedona dwelling places? How much more could we care about Mother Earth in the process?

Centuries ago when the human race first realized it could crawl into caves to eat, sleep, feel comfortable and be productive, it began a journey of gigantic proportions. That journey resulted in a planet filled with dwelling spaces of all shapes, sizes and complexities. Those dwellings became extravagant beyond the imagination. Civilizations asked for everything possible, without regard to consequences. For the most part we acted blindly not realizing that progress can have penalties. That was then but this is now. So what about the next generation of homes?

The indigenous American cultures have laid out a near perfect example. They taught us how we as humans have a distinctive relationship to the universe and the natural world. Native Americans saw themselves as one with nature, sharing the planet with all living and non-living things alike. They were sensitive to the vital balance of between human beings and the rest of Mother Earth. They inherently recognized that such an imbalance would be detrimental. By contrast, the European settlers who arrived on the continent in the 16th Century saw themselves in a quest to triumph over nature, and force it to yield to their will. So for many of these settlers, Native American philosophy was nearly impossible to comprehend

Today is no different. Many cities are still settling in with the same fervor that the early American settles brought with them from Europe, seeking new territory to develop, looking for growth opportunities, and competing furiously with one another to conquer nature instead of embracing it. Our challenge in Sedona is to keep on raising the bar with every new home and remodel that we add to the Sedona landscape. A vigilant Sedona will be a Sustainable Sedona.

Paul Scardina, "Paolo," the Green Building Designer of Sustainable Sedona, was born in Youngstown, Ohio, where his father was a builder and developer. It was during those early years while observing his father's dedication to the built environment that young Paolo began to value the creative process of bringing homes into peoples' lives. Now Paolo brings over a quarter of a century of experience to the world of design. In all of his work, Paolo underscores the value of spaces tailored to individual needs, fresh in style, healthy to live in, inexpensive to operate, and that cause minimal damage to the environment.